E . L . L . A follows the adventures of a young woman in search of truth where the supernatural advocates in the worlds of Tiwau, a legendary creature. Magic, monsters, etc …

Billions of years ago in a universe appeared a black hole which, without knowing its powers, made another black hole appear but she did not know at that moment the mistake she had just made.

Greedy of them and jealous of her, he will use many stratagems to obtain his magical powers.

To escape him and his tyranny, she plunged into the planet, created by God since, where she will find refuge with a human. From then on she created innumerable worlds where she would try in vain to live a normal but it was without counting on him who intends to be part of her life in these each worlds.

– In the 1st season of this volume, we discover the world of Elizabeth ” Ella ” Norringthon.

When Ella had just finished her day late, Erin, her best friend, arrives without warning her at her workplace.

After escaping unscathed from a car accident, the two women discover a strange village called “Blacktown”.

From then on, mysterious events occur while Ella has more and more strange dreams. Over time, she realizes that the town hides many secrets, including its true identity.

– In the 2nd season, we are propelled into the world of Elizabeth Denver.

Ella is the head of a company. One day, one of his employees and friend proposes a weekend in the Haunted Denver Mansion in Helltown.

However, they were not the only ones to be there and Elizabeth finds herself propelled, in spite of herself, into the world of Cinderella where she will inadvertently change the course of the future princess’ destiny.

From worlds to worlds, Elizabeth will discover her origins and a family heritage. 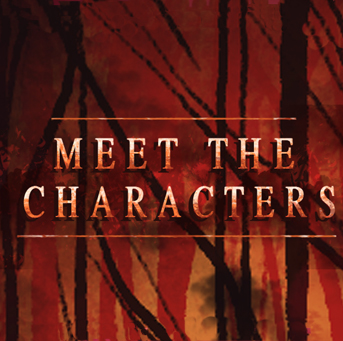