As she experiences time jumps all day long, Tiwau, as Elizabeth Queen, has a good time playing games or watching anime but she didn’t think about what was happening to her next. unintentionally creating worlds on them.

– In the 1st season of this volume, Elizabeth finds herself immersed in the world of Genshin Impact.

Before her story, a man, Andrew Tales, left his native nation, Snezhnaya, to lead a peaceful life away from the regime the Tsarista implored throughout his territory before creating Taletown, the 8th nation of Teyvat.

There, he has a sweet encounter but also discovers a curse hanging over him, his companion and his best friend, also from Snezhnaya.

Centuries later, Elizabeth is born and lives her life before meeting the sulphurous and dangerous witch Alana Wilde. Yet one day, she falls into a sleep reminiscent of Sleeping Beauty and will not wake up until years later in a new world.

But a terrible omen falls on all Teyvat who is the target of a vengeful woman as did the twin of the Traveler and the Order of the Abyss.

– In the 2nd season, it is in a modern world of Sakura Card and Clear Card Captor that we find Elizabeth.

While she is being abused personally and professionally, Elizabeth wholeheartedly wishes that magic could help her out of this situation.

When she wakes up, she discovers that her life has radically changed and rediscovers the joy of living, but it is short-lived when she sees a magical-looking card floating in the air and not just any card, the Wishes Card.

She did not have time to understand that she is taken on by her to help her find her friends who are turning to the Dark Side.

Elizabeth therefore turns to a famous map hunter, Sakura Kinomoto, to help her capture them. 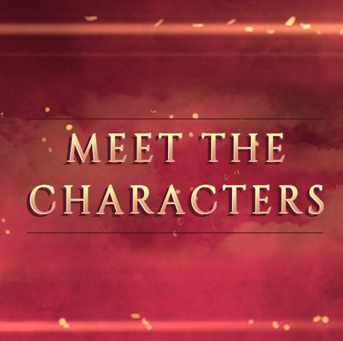